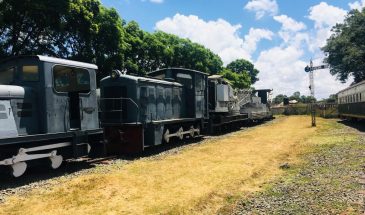 Nairobi Historical City Tour starts with a panoramic tour covering the modern city centre. It gives you a chance to view some buildings and key locations that are of great historical importance in Kenya.

Explore the Kenya National Archives, with a brief visit to the Tom Mboya statue. Proceed to the Dedan Kimathi monument, followed by a tour along the Kenyatta Avenue, where you will encounter other historical sites.

Walk along Kenyatta Avenue viewing various sites such as the General Post Office (GPO), Nyayo House and the Galton-Fenzi Memorial monument, which was built in 1939 in memory of Galton Paul Fenzi, who founded the East African Automobile Association besides devising Kenya’s road system. From there, visit the Nairobi Art Gallery, located at the intersection between Uhuru Highway and Kenyatta Avenue. Built in 1913, this was the Old PC’s office building fondly referred to as ‘Hatches, Matches and Dispatches’ because of the births, marriages and deaths that were recorded here. Today, the building is a national monument and serves as a museum holding temporary art exhibitions. An optional visit to the Freedom Corner at Uhuru Park, which was set up as a memorial to the struggles of Nobel Laureate Professor Wangari Maathai and other women went through in a fight to protect the park from the construction of high rise buildings.

Proceed to City Hall and Law Courts, parliament buildings and the Kenyatta International Convention Centre (KICC), which is the landmark of the city. The tour then heads to the August 7th Memorial Park, the 1998 bomb blast site then heads to the Railway Museum where old steam locomotives are exhibited, including the one from which Superintendent John Lyall was taken by a man-eating lion in Tsavo in 1901. Return to the point of departure.

Open All Close All